David Kenney is someone you may not of heard of but should definitely keep an ear out for. Being the boss of Audio Parallax Records, a young yet mature label based in the UK, his fine ear and taste have lead us to ask him to put together Butter Mix 003.

Reading through your bio, you state that APR is “a community as much as it is a label”, can you elaborate on this?

A few years ago I got myself a free account on Soundcloud, mainly to try and promote myself as a DJ and also because the ‘social’ element appealed to me – I’m a bit of a Facebook junkie. I started exploring and within a few weeks of using the site it became clear that there were a lot of hugely talented artists out there that were just doing their thing, making dope tracks – not fussed if people heard them or not. I’d always dreamed of running a label – and while I was well aware that I could never make a living off it, I just really wanted to share some of the stuff I was finding. Anyway, you see a lot of artists getting hyped for a track then vanishing after a few months. A lot of labels will pick up an artist, put out a track then move onto the next. I don’t like that. I can understand it, from a business point-of-view, but when you know you’re not going to be making any money you can look at your business model a bit differently. I aim to build a roster and stick with it – help artists develop in any way I can. All our roster artists remix each other’s tracks, talk pretty regularly on Soundcloud and the social networks etc – Matthew Kyle does a lot of A&R work for us too. As well as all that, we have artists designing each other’s artwork – and in the future we’ll be developing the ‘community’ model further. I trust these guys, and I love what they do – and I’ll release pretty much anything they send me…

We’ve noticed a couple of solid releases out of Melbourne on APR, you must be diggin the sound coming out of here?

Absolutely man! There are some spectacular producers and DJs coming out of Melbourne; I’m a huge fan of Griffin, plus Andras Fox and Ben Houghton blow my mind with everything they do. Since releasing the first Andras Fox EP I listen pretty regularly to a few of the shows on RRR, we don’t have a lot like that here in Newcastle. Plus, I think you guys just have a really good attitude to music. I’d love to come out there one day. 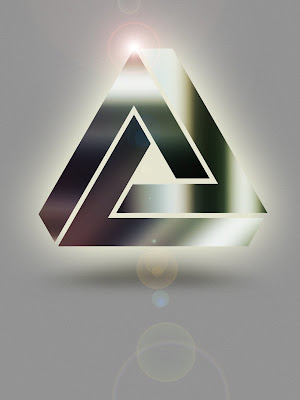 How would you describe the scene and sound coming out of Newcastle?

Newcastle has a really healthy scene – we have two big Universities so in term time there’s plenty of competition for the more commercial nights, which allows the real decent nights to thrive. We have a ‘super club’ plus a whole host of underground venues – you can find Laurent Garnier in a warehouse, Ricky Reid on a roof terrace, or parties on rooftops or in cinemas. It’s a great place to be.

With a majority of labels in the last couple of years moving all records digitally, and at a very high rate, how does APR stand apart from the rest?

I think a lot of labels focus on a specific genre for their output. That’s fine, but how many DJs have you seen lately that JUST play Deep House records in a set, or exclusively at 110bpm? Not many. I want to cater for DJs rather than genre’s, covering everything from Slo-Mo House, to Re-Edits through to Downtempo and Deep House. I think that makes sense these days.

Currently we’re putting out 2 releases a week digitally – we have masses of quality stuff to get out there, and we’re kinda trying to build up momentum ahead of pressing vinyl over the summer. That’s the biggy – we’ll be putting out a few vinyl-only EPs initially (limited press four trackers), and moving onto full artists releases by the end of the year. It’s a big and very important step for us – a lot of people still don’t take digital labels seriously (which is fucking stupid in my opinion) – so vinyl will be a benchmark for APR, but more than anything, a lot of the guys on the roster want to see their tracks on vinyl – and we do as we’re told man!
We will also be launching our ‘experimental’ sister label at some point this year – Parallax Audio. This project has been on the cards for a while; we initially planned to launch at the same time as Audio Parallax. That didn’t happen! I think once we slow the digital release schedule down I’ll put some serious effort into it. In other news, we’ll be putting on a few more PYRMD parties over the summer here in Newcastle, and we’ll be producing a range of APR merch for our online store – t-shirts designed by the roster artists (no APR logos…)

What artists are doing it for your ears at the moment?

Generally speaking my iPod is filled with demos or masters of APR tracks, so in all honesty I don’t get a lot of time to listen to non-label related stuff. I’m a huge fan of The Revenge, OOFT, Red Rack’em, Rayko, James Johnston and Alex Agore (to name a few). I just discovered Gatto Fritto – so I’ve been downloading a lot of his stuff. Label-wise, too many to mention! Hotbox and 78Edits are two artists that are really going places, and Gareth Cheshire, NY*AK and MannMadeMusic just keep getting better and better. Andras is hopefully writing tracks for a second EP as I write this – I can’t tell you how excited I am about the prospect of hearing those…

Tell us about the mix you put together for us.

I don’t have a great deal of time to spend behind the decks anymore, so this was really really fun. I wanted to avoid putting together an APR promo mix – Gareth Cheshire just put one together for the label which along with mixes by Matthew Kyle and myself are available through our Soundcloud. Instead I just gathered together tracks I’m digging at the minute – old and new – along with a few APR cuts. It’s primarily re-edits, with a few originals. I think it bridges the gap between my own tastes and the labels ‘sound’ pretty well, although my personal tastes are pretty eclectic – so if I’d recorded it a week earlier you might have had a few slipknot tracks in there…